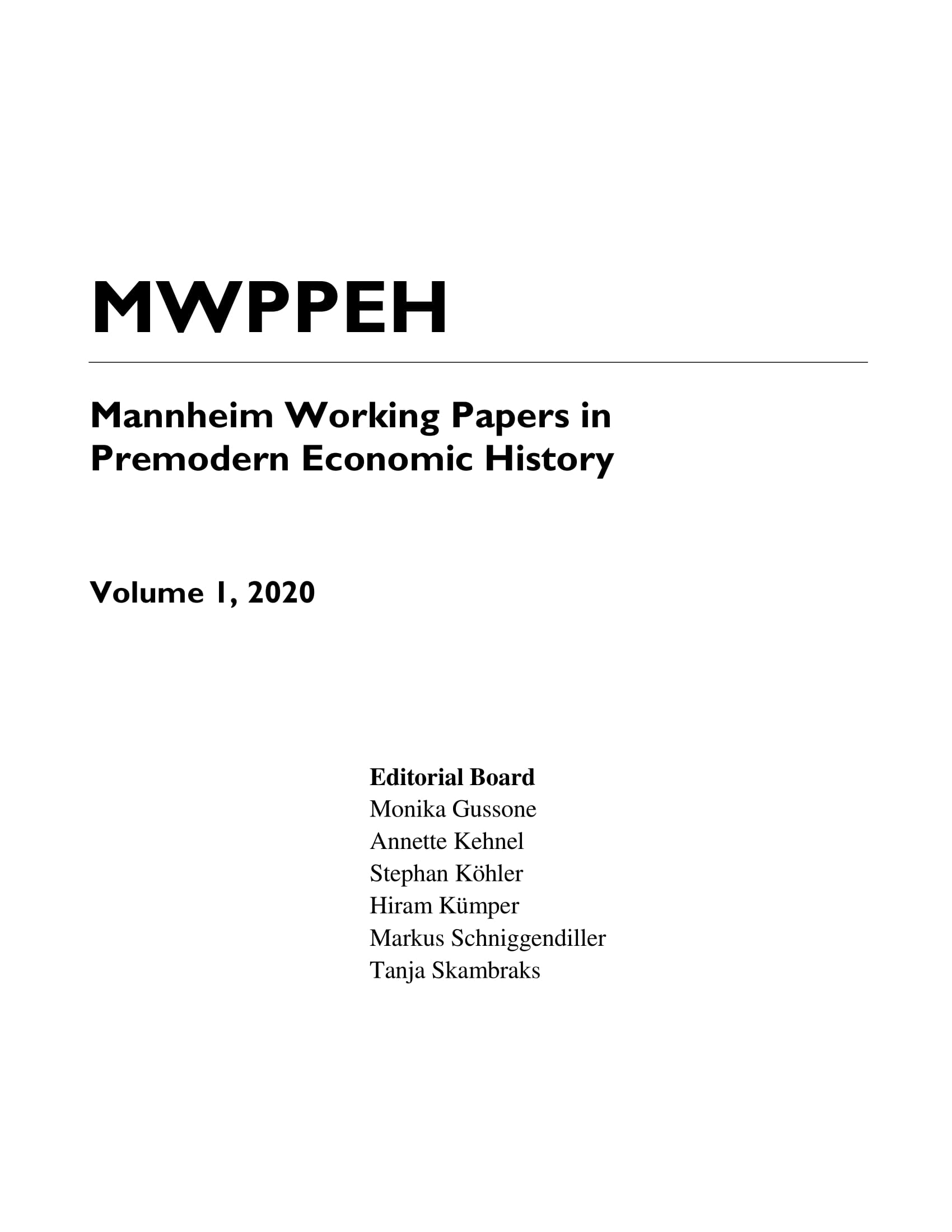 Recent studies of credit practices in (northwestern) Europe have shown that credit markets already existed in the medieval period in the towns and countryside. Little is known, however, about how these credit markets in large parts of medieval Europe allowed a reallocation of capital and how they actually worked. Market structures that helped to limit transaction costs were usually an exponent of the social structure, for example by regulating access to the market or protecting property rights. Thus, market structures – and the development of credit markets – differed from region to region. Exploring the practices of money lending in the Alpine region of South Tirol may offer new insights into the functioning of medieval capital markets.
The registers (imbreviatura) of several Tirolian notaries (particularly 1390-1392), and records of provincial courts (eleich taidings; 1388-1391) are used in this paper to describe the credit market in Meran (South Tirol) and its hinterland in the 14th century. As will be shown, several social groups ranging from nobles to urban citizens and peasants from the countryside were engaged in the credit market. The analysis of the transactions documented by the notaries and the provincial courts provides a picture of a dynamic credit market that permeated not only Meran but also small towns in the countryside like Naturns, Partschins, Lana, Algund, Forst and Riffian.
To further profile the 14th century credit market in South Tirol, a comparison is made between the debts recorded by notaries and the (defaulted) debts litigated before the provincial courts. To what extent did the clientele differ (social group, place of residence)? Was there a difference in their borrowing behaviour? Moreover, what economic mechanisms were used to guarantee repayment? Besides, it will be tested whether urban centres were a prerequisite for functioning credit markets.
The general picture that emerges from the study is that different credit practices and institutions (written evidence provided by notaries, pawn broking, legal courts, practice of pledging) helped different social groups to gain access to the capital market.